Understanding relationships and energy points in the body.

Cognitive Principle Therapy [CPT] is used to help solve relationship problems, using both thinking [logic and common sense] and principles. Groups of principles occur at seven levels in the body and match the flow of energy through those seven points or chakras. The middle of the seven chakras is the Heart Chakra. CPT also incorporates polyvagal theory which states that the autonomic nervous system responds to triggers with a fight, flight or freeze response which was originated in reptiles. Animals developed another autonomic response called "engagement" which is located in the heart. These autonomic responses are either instincts or habits in animals. In humans they can be triggered or understood by reason or with meaning. 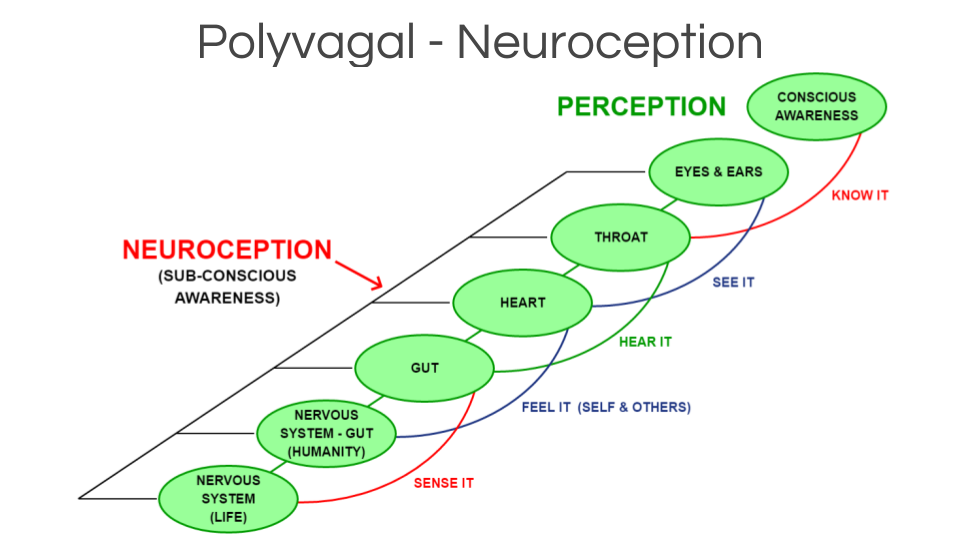 Polvagal theory states that the responses are hierarchical, that is, they evolved from lower levels to higher levels eg. Freeze [shutdown like a jelly fish] to Fight or Flight [like a crocodile] to Engagement [like a group of monkeys]. 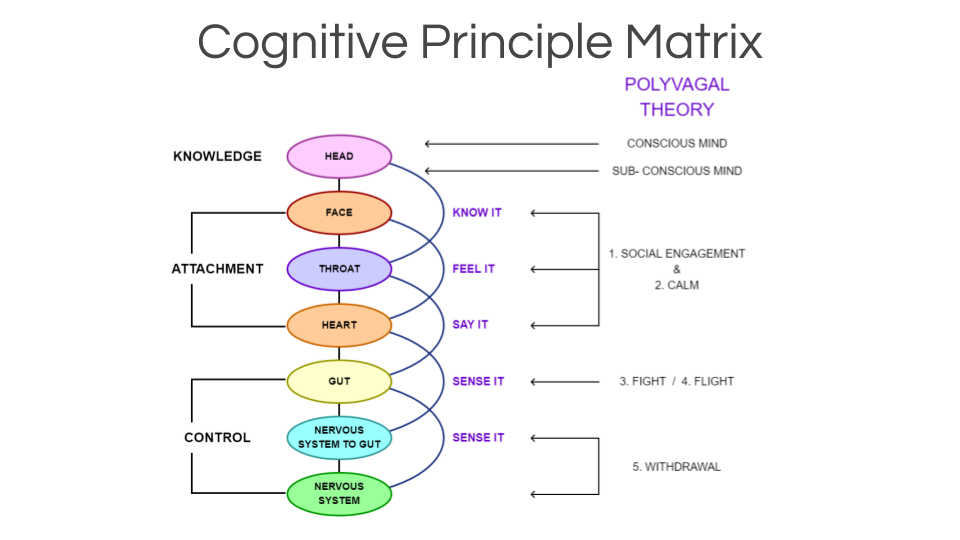 Cognitive Principle Matrix is based on the following seven levels of principles: 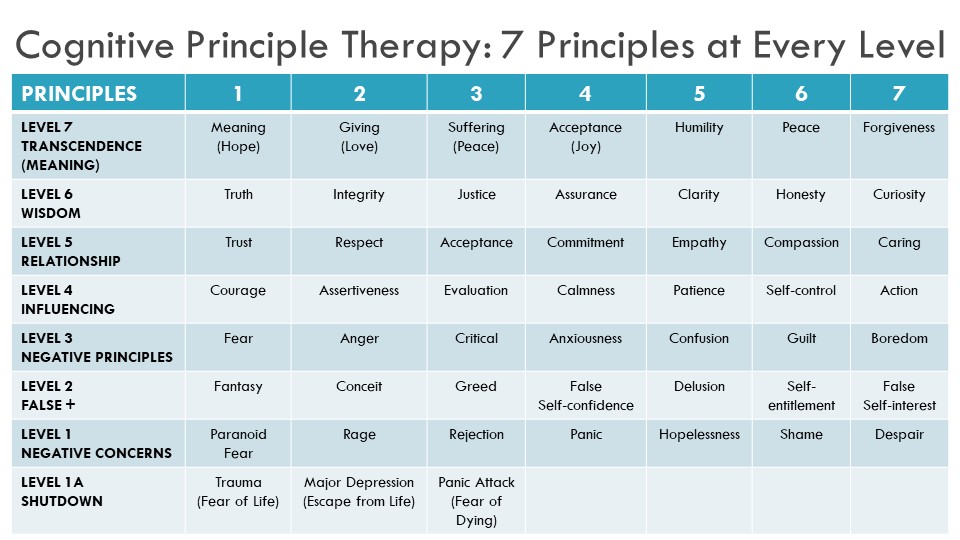 The principles for the Heart: Trust, Respect, Acceptance or Commitment.

If I am a monkey my instinct and the habits that are taught to me are to engage with other monkeys to protect me from predators. I need to:

One hundred thousand years ago humans were in the middle of the animal hierarchy and relied on the same principles as the monkeys, as they do today.

Secondly, if you have major unresolved issues growing up or experience a traumatic situation and loose trust, respect, acceptance or commitment, you will have a "control problem." Attachment theory [eg Imago therapy] and Cognitive Principle Therapy states that if  unresolved issues happen in childhood, then you will then: 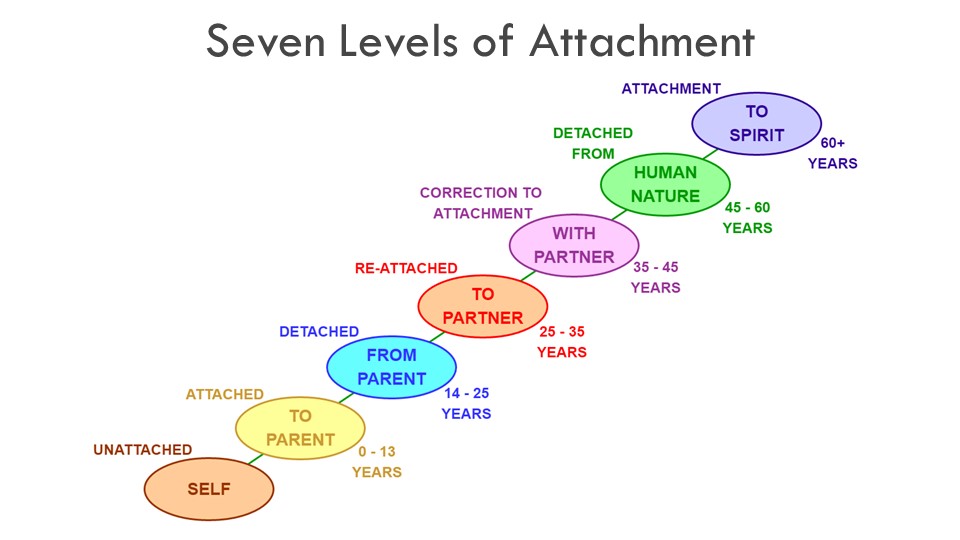 The "age" in years shown above refers emotional development, not physical age. According to Maslow's "Hierarchy of Needs", you rise above your human nature, which is based on fear and greed and transcend to a spiritual level.

In cognitive principle therapy we help you identified your unresolved issues, explain why you have pick your particular partner and demonstrate how to resolve any negative issues to develop a stronger relationship.