Maslow's Hierarchy of Needs represents the development of needs from childhood.

The transition is a "control problem", where control passes from the child to the teenager.

Teenage years are very volatile because the change in order of needs. In childhood, the parent controls the child, in teenage years control passes to the teenager as shown in the following diagram: 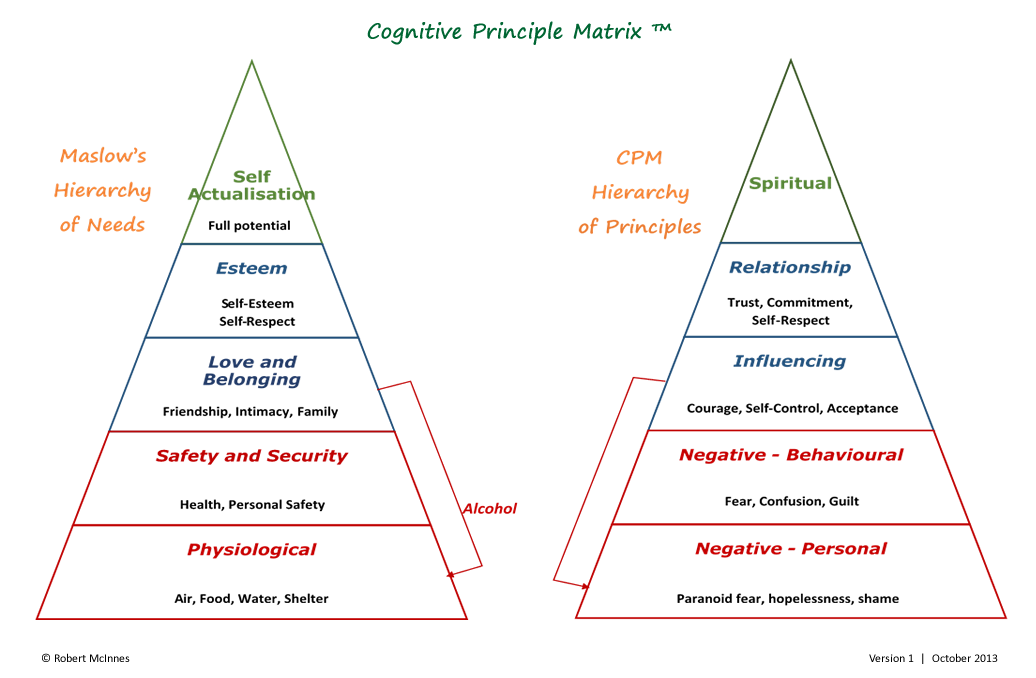 When a teenager takes both control and responsibility of their life the "inside/outside" rule applies. That is trust, respect, acceptance and commitment has to come within to attract a partner, not the other way around, that is, where the adult needs the trust, respect, acceptance or commitment from their partner for them to feel they are "in control"

Trust will cause fear or jealousy

Respect will cause excessive anger

Acceptance will cause excessive criticism

Commitment will cause a lack of emotion.

Theses negative outcomes can be directed at others or self or life and are strongly influenced by the personality traits of optimism and pessimism, introversion and extroversion.

What happens in the process of transition, when the above weaknesses occur is that the influencing principles become weakened in the teenager. that is:

Influencing principles are located in the "gut brain" as are the core beliefs. The teenager ends up with false beliefs and poor impulse control and reacts based on instinct, rather that logic.

The instinct responses are shown below, based on polyvagal theory. 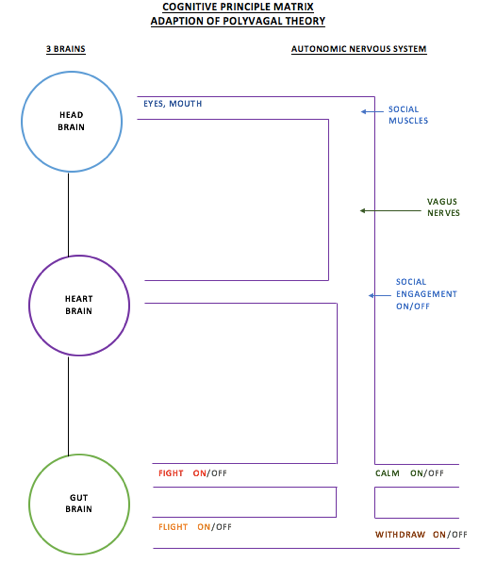 The overly controlling teenager, will fight

The overly responsible teenager will get anxiety

The overly avoidant teenager will get depression.

Good therapy always starts with instincts and the gut brain, not behavior, nor thinking nor emotions.