In Polyvagal theory the nervous system activates one of four switches which controls the flow of energy through our body. These can be seen below: 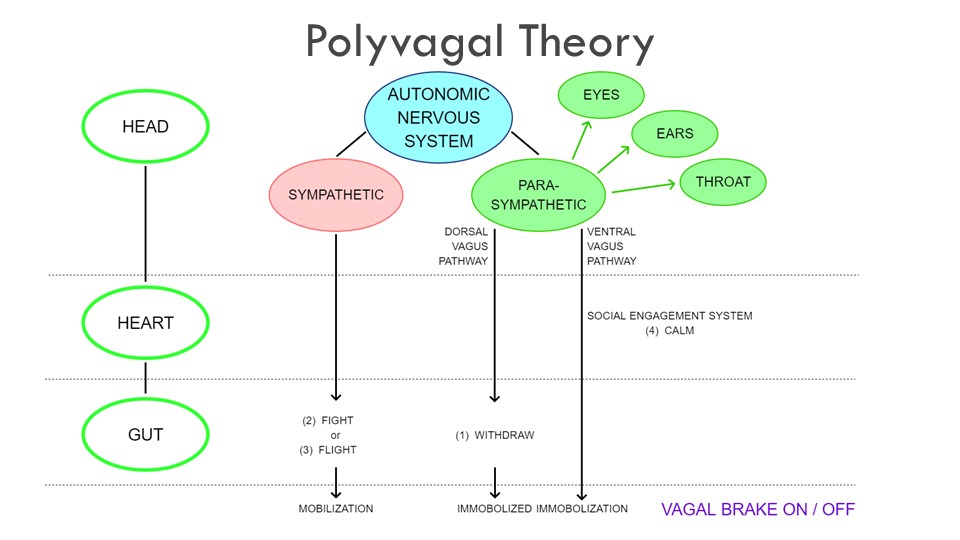 When referring to the difference in how animals and humans react to trauma, Levine states:

“The involuntary and instinctual portions of the human brain and nervous system are virtually identical to those of other mammals and even reptiles…… Nature has developed the immobility response fore two good reasons. One, it serves as a last-ditch survival strategy. Secondly, in freezing, the animal and human enters an altered state and feels no pain. Take the young impala, for instance, the cheetah may drag it back to the lair where the food can be shared with its cubs. The impala could awaken from its frozen state and escape. It will literally shake off the residual effects of the immobility response and gain full control and return to its normal life as if nothing bad had happened………Most modern cultures tend to judge this instinctive surrender as weakness which has caused a deep human dear of immobility. We avoid it because it is a state very similar to death. When confronted with a life-threatening situation, our rational brains become confused and override our instinctive impulses.”

There are seven main chakras and they align very closely with Polyvagal’s theory. The second chakra is described as follows:

"The 2nd chakra is the Sacral chakra which translates to “the place of the self.” This chakra is all about your identity as a human and what you do with it and brings creative energy to life. It is often overactive when we face things like addiction and gluttony.” 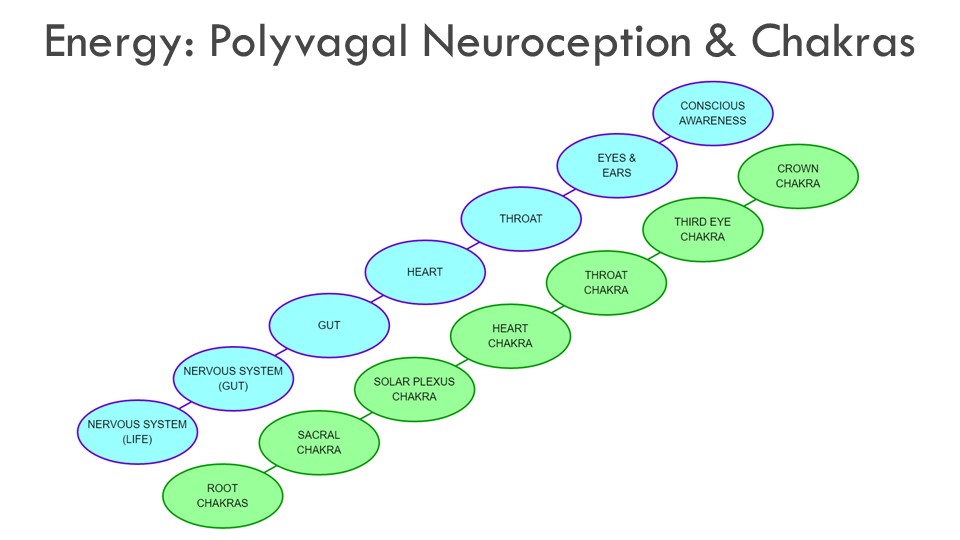 CPT’s theory is that humans fear of entering a state of immobility and experiencing death was too overwhelming for them and they developed an alternative to animals, that is, a false positive, which is an escape from immobility, not into reality, but delusion. It is revealed in humans as addictions, narcissism etc.

All, Other Addictions
Robert McInnes
Comments are closed